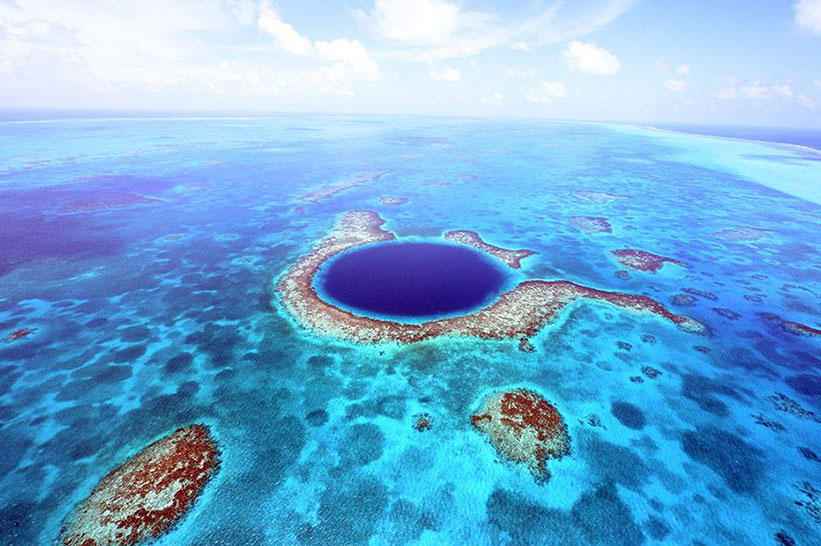 Belize is bursting with vast ecosystems, lush forests, exotic marine life, and so much more. The natural beauty of Belize has led to the development of many marine national parks and marine reserves.

Belize is home to:

If you’re planning a trip to Belize, here are some of the top national parks and marine reserves we recommend checking out.

This protected area and UNESCO World Heritage Site sits on the northern portion of Ambergris Caye in Belize. In the early 1990s, plans to add a retirement community to the area was derailed after an environmental study showed surprisingly high biodiversity for a barrier island. Instead of a retirement community, the breathtaking land became a protected park and marine reserve.

Here you’ll find varied terrain including grasslands, tropical forests, swamps, and beaches. Portions of the grand Mesoamerican Reef are found here, and Rocky Point is the only region in Belize where the reef touches the shore. Cat lovers will delight over the fact that all 6 species of Belize’s native cats have been spotted at this park, including pumas and jaguars. Manatees, crocodiles and sea turtles are a few other incredible species found here.

You’ve likely seen pictures of the stunning Blue Hole Natural Monument, which is a part of the Belize Barrier Reef Reserve System, as well as an UNESCO World Heritage Site. The 400-foot deep sinkhole is just as creepy looking as it is beautiful. It formed thousands of years ago when rising sea levels flooded caves and caused limestone ceilings to collapse and create a near perfect round sinkhole. The Blue Hole is a popular scuba diving spot thanks to the variety of brightly colored fish living along the edges of the coral. Swim with caution, sharks live here too!

Located at the southeast edge of Lighthouse Reef Atoll, Half Moon Caye covers 42 acres and serves as an island and natural monument. Red-footed Boobies live here 10 months out of the year and remain a popular attraction to the island. Nesting begins around the middle of December with baby birds hatching around March. There are a variety of other species and plants in the area. May offers the calmest weather if you plan to dive.

Welcome to the largest Marine Reserve in Belize, covering a shocking 117,878 acres. You’ll find this piece of paradise 15 miles southeast of Dangriga town. The Government of Belize considers this area an important and protected portion of the Belize Barrier Reef Reserve System World Heritage Site.

Located off the southern coast of Belize, Glover’s Reef is a partly submerged atoll covering 135.42 miles. The area was named back in the 1750s after pirate brothers, John and Rodger Glover. Long before pirates arrived, old pottery remnants indicate Mayan civilizations thrived here.

The area offers the perfect opportunity to dive, snorkel, and swim right off the sandy beach shores. There are 700 patch reefs surrounded by 50 miles of steep drop-offs, starting at 25 feet and going all the way to 2,700 feet. Glover’s Reef is considered the most remote atoll in Belize.

This incredible isle sits on the western side of Victoria Channel, just 11 miles off the coast of Placencia Village in the Stann Creek District. The long and narrow isle remains propped up by a faro reef, which is an angular atoll on a continental shelf. There are deep channels on all sides separating the Laughing Bird Faro from the mainland, the barrier reef, and other cayes.

The unique structure offers diverse coral habitats and marine life. In 1981, the Caye was named a protected area under the National Parks System Act; and in late 1991, Laughing Bird Cay National Park was established. It remains a premier protected area within the World Heritage Site.

The Sapodilla Cayes Marine Reserve is located on the southernmost tip of the Belize Barrier Reef, approximately 40 miles east of Punta Gorda. There are gorgeous beaches here, including a moon-shaped beach on the eastern shore that serves as a main turtle nesting site. This is a popular tourist destination and many people enjoy kayaking, as well as snorkeling and diving in the area. Visitors enjoy seeing massive Whale Sharks, dolphins, manta rays and sea turtles in their natural environment.

Located 4 miles to the southeast of San Pedro, Hol Chan Marine Reserve is the oldest marine reserve in Belize. Established in May of 1987, the reserve was initiated to protect it from uncontrolled and invasive fishing and diving activities that used to take place here.

The focus is on a cut through the reef (known as quebrada) that measures 25 yards wide and 30 feet deep. There are 4 designated zones at Hol Chan, including The Reef (Zone A), The Seagrass Beds (Zone B), The Mangroves (Zone C), and Shark Ray Alley (Zone D). The area offers impressive diving and snorkeling opportunities, while serving as a crucial safe space for marine life living to the north of the Belize Barrier Reef.

In 2001, the waters off the coast of Placencia, located in southeastern Belize, were safeguarded as a marine reserve due to the vast numbers of tropical fish and sharks that live in and around the area. Huge schools of fish frequent here, releasing massive clouds of eggs that lure lots of whale sharks and other predators to the area.

Whale sharks aren’t actually sharks, they are the largest species of fish measuring up to 41 feet long and 66,000 pounds! Since they are filter feeders with no teeth, they pose little danger to humans, allowing visitors the chance to swim alongside these majestic ocean beasts.

The Turneffe Atoll is located to the southeast of Ambergis Caye and Caye Caulker, about 20 miles from Belize City. It is one of three atolls associated with the Belize Barrier Reef, the other two are Glover’s Reef and Lighthouse Reef. Turneffe Atoll is the largest and most beautiful of all 3, consisting of dense mangroves with pockets of shallow lagoons and endless dive spots to choose from. Many dive sites double as spawning sites for reef fish, offering underwater views of unsurpassed diversity. This is a great spot for beginner and experienced divers to see large animals and wall dive. There are plenty of snorkeling opportunities too, as the area has great visibility.