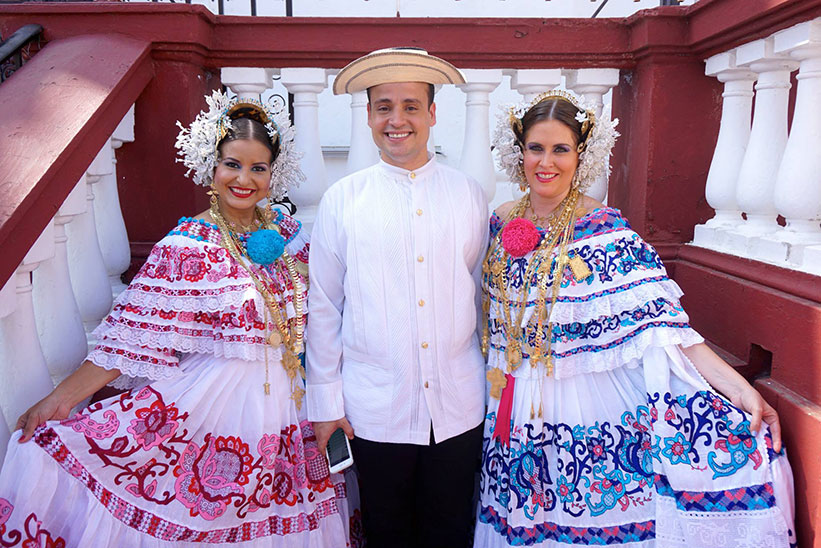 A number of Central America Independence Day Celebrations begin this month and continue into November, making it the perfect time to visit, experience the rich culture and join in the colorful celebrations. The festivities begin on September 15 in Guatemala, Costa Rica, and Nicaragua, followed by celebrations in Belize on September 23 and in Panama on November 3. Come join us!

After nearly 300 years of Spanish rule, the citizens of Guatemala pronounced their independence from the Kingdom of Spain on September 15, 1821. Not to be discouraged by two previous failed attempts put down by Captain General José de Bustamante, Guatemala gained independence with little bloodshed.

Today, Guatemalans prepare for their Independence Day celebrations well in advance of the September 15 as decorations appear, students practice the national anthem, and the Guatemalan Army prepares for parades and air shows.

When the day finally arrives, the anticipation spills into the streets – complete with traditional dancing, colorful costumes, spicy tamales, parades, and fireworks. Citizens and visitors alike revel in the infectious festivities and lively entertainment.

In celebrating independence, Guatemala is joined by other Central American countries including Costa Rica, El Salvador, Honduras, and Nicaragua on September 15 with the annual Antorcha de la Independencia (“running of the torch”) relay from Guatemala City, through towns and villages to Cartago, Costa Rica. The tradition dates to September 14, 1821, when María Dolores Bedoya ran through the Guatemalan streets carrying her lantern as a symbol of hope for the liberated nations.

Costa Rica shares September 15 as Independence Day with Guatemala having been deemed a part of the kingdom of Guatemala at the time of the Independence declaration. Though the Costa Ricans did not receive the news until nearly a month later, their independence is celebrated on September 15 with great fun and excitement.

The celebration begins on September 14 with their participation in the annual running of the Antorcha de la Independencia (“running of the torch”) relay, followed by the September 15 parade complete with school marching bands and children in colorful traditional dress. The national anthem is broadcast nationwide at 6 o’clock for the entire country to join in singing followed by more parades with participants carrying homemade torches. The day is filled with joyous celebration for Costa Ricans and visitors including music, dancing, and delectable dishes like arroz con pollo, tamales, and tres leches cakes.

Nicaragua celebrates on September 15 alongside her Central American neighbors having declared independence from Spain simultaneously. Nicaragua is also a participant in the Antorcha de la Independencia (“running of the torch”) relay, followed by a ceremonial flag raising by the President. In school, the Act of Independence is read aloud and the day’s festivities culminate in parades, dancing, music, and revelries, including the culmination of the Festival Nacional de Bandas Rítmicas in Managua – a celebratory fete open to citizens and visitors alike.

The celebration of the Independence of Belize is still in its infancy, having been declared an independent from Great Britain on September 1, 1981, but that does nothing to dampen the festivities. Revels begin on St. George’s Caye Day, September 10 and continue until Independence Day, filled with Belizean passion and flare – flags waving, vivid parades, vivacious music and dance as well as luscious local fare.