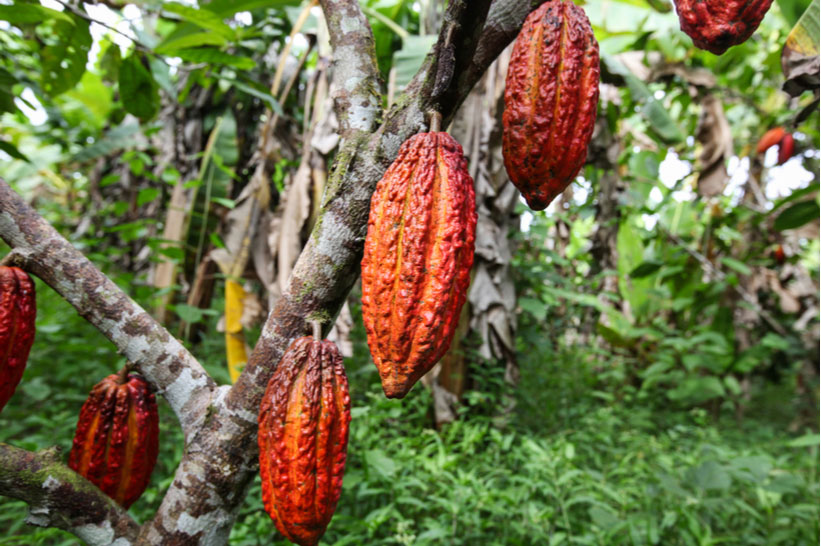 Central America is known for many products enjoyed worldwide but none more than the region’s delicious, rich, smooth chocolate. Join us as we uncover the secrets of Central American cocoa and garner inspiration for your next cocoa tour and tasting in Central America!

Cocoa originated in Central America more than 5,000 years ago and today the cocoa market worldwide is valued at nearly $100 billion. Chocolate is made from the cocoa beans of the cacao tree, which are grown today in climates around the world including Central America where it originated.

As climate change affects the region’s coffee crops, cacao is enjoying a resurgence in the region. With a predicted coffee shortage worldwide, the cocoa cultivation revival in Central America is timely for the region’s economy and community.

The History of Cocoa

Originally cultivated in the tropical rainforest of both Central and South America, cocoa is historically American. The word cocoa is derived from the word cacao, though scientifically as Theobroma cacao (the food of the gods). The indigenous peoples of Central America believed it a gift of the gods, and valued it more highly than gold. Cacao beans were used as currency by the Aztecs, Incas, Mayas, Chorotegas, and other Mesoamerican peoples.

During its early history, coca was consumed in beverage form, often drunk from golden chalices by kings at royal events and by religious leaders at ceremonies, while cacao seeds were presented as offerings to the gods.

Historically, cocoa was forbidden to women and children because it was believed to be both intoxicating and stimulating. It was set aside for adult men including kings, courtiers, high ranking government officials, military officers those with distinguished military service, and priests.

Early preparation of cocoa beans, as recorded by the Aztecs, began with roasting in pots, removing the skins, and grinding the beans. Water was then added and stirred well. Chili pepper, vanilla and honey were also used to enhance the flavor of the chocolate beverage.

Once the Europeans discovered chocolate, they kept the vanilla but began adding sugar to the beverage along with their own unique flavor combinations – from cinnamon to orange peel. The cocoa trade flourished and chocolate soon made its way back across the Atlantic into North America where it was welcomed as an affordable alternative to tea. In addition, the chocolate beverage was credited with a number of health benefits from improving digestion to calming anxiety.

Today chocolate is known to increase serotonin levels and reduce stress, is rich in minerals and antioxidants, and can lower blood pressure and curb your appetite. You may be wondering where does eating chocolate fits into all this? Well, in truth, eating chocolate is a very modern concept. It only recently became popular in the 1920s and has continued to gain momentum thanks to the early efforts of two Swiss chocolatiers, Rodolphe Lindt and Daniel Peter.