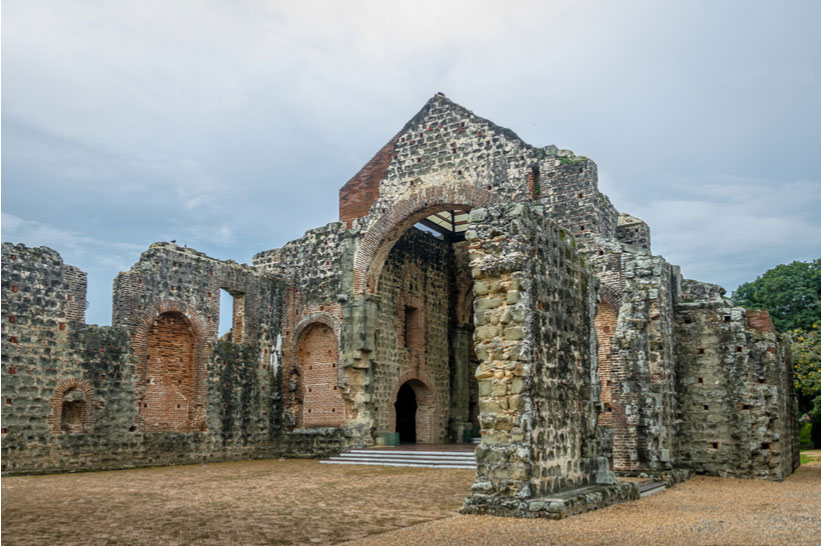 As stated by UNESCO (United Nations Educational, Scientific and Cultural Organization) World Heritage, “Heritage is our legacy from the past, what we live with today, and what we pass on to future generations. Our cultural and natural heritage are both irreplaceable sources of life and inspiration.” And with that statement, UNESCO World Heritage sites are both distinctive and inimitable, including some of the world’s most well-known places from the Great Pyramids to the expansive Serengeti, to the Great Barrier Reef.

Understanding these World Heritage sites belong to the peoples of the world, UNESCO seeks to recognize and preserve these sites for their natural and cultural heritage. Needless to say, these locations, around the world, should be on your ‘bucket list’ of places to see in your lifetime. Among these invaluable places, are a number of World Heritage sites in Panama you do not want to miss on your next Central American adventure.

Archaeological Site of Panamá Viejo and Historic District of Panamá

For its cultural heritage, the Archaeological Site of Panamá Viejo and Historic District of Panamá joined the World Heritage sites in the late 20th Century. Panama City, founded in 1519, survives as the oldest continually occupied European settlement on the Pacific Coast of the Americas. The settlement features Pre-Columbian relics from the Cuevan aboriginal occupation as well as the classic grid planning of a European town where you can still see the ruins of its cathedrals, homes, and civic buildings. The settlement served as a colonial outpost as well a seat of the Royal Court of Justice, before its ultimate destruction by pirates in 1671.

The ‘new town’, known as the Historic District of Panamá, was established to the southeast in 1673 nearer to the port and fresh water, in a location more easily fortified. The original street plan is well preserved, with a mixture of Spanish, French, and early American architectural styles. Laid out with a central plaza, the most famous and historically significant structures, from the 17th to the 20th centuries, include the Cathedrals, the Presidential Palace, and the Grand Hotel (now the Canal Museum).

Fortifications on the Caribbean Side of Panama: Portobelo-San Lorenzo

Offering superb examples of military architectural styles from the 17th and 18th century, Portobelo and San Lorenzo are Panamanian fortifications on the Caribbean coast. Built by the Spanish Empire to protect and defend transatlantic trade, the fortifications feature multiple structures including the upper and lower batteries and San Lorenzo Castle. Representing the territorial organization of the time, along with state of the art defense and technology of the 17th and 18th centuries, the Fortifications Portobelo-San Lorenzo served as a part of Spain’s larger defense which included Veracruz, Cartagena, and Havana.

Coiba National Park includes Coiba Island plus 38 smaller islands and the marine areas in the Gulf of Chiriqui. As a refuge for endangered animals, the park is also home to mammals, birds, and plants endemic to the region and a haven for migratory species. In addition, the park serves as a protected, natural laboratory for scientific research for unique new species and the study of rare and threatened species.

The site of the land bridge joining the continents of North and South America, Darién National Park boasts a vast collection of habitats – sandy beaches, swamps, rocky coasts, wetlands, tropical forests, mangroves. In addition, the park is home to two indigenous tribes and a multitude of unique wildlife. Darién National Park is home to 169 mammal species and 530 species of birds, including a number of vulnerable species.

Extending along the board between Panama and Costa Rica, the Talamanca Range-La Amistad Reserves / La Amistad National Park is home to biological and culture diversity amid a rugged landscape. It is home to four indigenous tribes as well flora and fauna from both North and South America which lives among its picturesque mountains, foothills, glacial lakes and valleys.