A Quick History of Belize 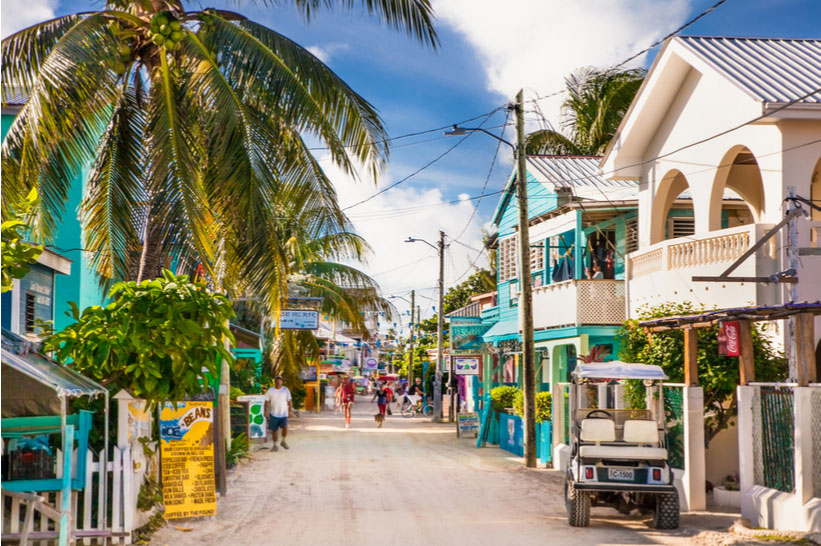 Belize is a nation of beautiful contrasts from the tropical jungles to the shores of the Caribbean Sea. A small nation bursting with culture and adventure, Belize has a long intricate history of changing names and ambiguous boundaries waiting to be explored.

Long before the arrival of the Europeans, Belize was home to the vibrant Mayan civilization. From 2000 BC to 1500 AD, the Maya society featured intimate knowledge of both the earth on which they lived and the stellar world above them. Their kingdoms were home to commerce, religion, and artwork.  The most imposing Maya stronghold in Belize was Caracol in the central highlands. At its peak, Caracol was home to more than 100,000 residents who lived amid a booming commercial center with a complex agricultural system and more than 40 miles of paved roadways. Archeological evidence indicates the Maya society in Belize was the oldest among the Maya kingdoms.

When the Spanish arrived in the 1500s, the quarter of a million Maya population was quickly overrun as the invaders plundered gold and forced conversion to Catholicism. At the end of the era, only 10 percent of the Maya remained, most hidden in the remote interior rainforests. In Belize today, three unique Maya groups remain, the indigenous Mopan, the Kekchi (from Guatemala), and the Yucatec (from Mexico).

Christopher Columbus never actually visited the region which is Belize today, though his discovery led to Spain’s claim on the entire “New World.” The first recorded European to arrive in Belize in the 1500s was Gonzalo Guerrero, a shipwrecked sailor from Spain who was captured by the Maya and later settled among them. The gold and silver flowing into Spain’s treasury made the region quickly home to privateers who were at times merely pirates. In the 1600s, Belize was home to British pirates known as Baymen because of their use of the Bay of Honduras as the point of their attacks on Spain’s treasure fleet. The location also allowed the Baymen to poached marvelous hardwoods from the Spanish monarch’s rainforests.

Historically, the first British settlement in Belize was a new port town begun in the year 1638 presumably at the hands of shipwrecked sailors. Legend tells another story of Scottish pirates under the leadership of Peter Wallace, who has been credited with the discovery of the mouth of the Belize River. One theory holds that Wallace, whom the Spaniards called “Balis”, is the origin of the region’s name. Others say Belize comes from balix, Maya for “muddy water.”

In the 1700s, the British brought slavery to Belize to help with the extraction of logwood and mahogany. The territory known as Belize grew more profitable much to the irritation of the Spanish monarch who made every effort to expel the British from the region. After a number of invasions, the British won control over the territory at the Battle of St. George’s Caye in 1798.

In the 1800s, modern Belize arose as the region was declared British Honduras and became a Crown Colony. A Lieutenant Governor from Jamaica and a Legislative Council administered the colony and in 1884 the Lieutenant Governor became the Governor. Beginning in the early 20th century, advances were made periodically in adult suffrage leading to the adoption of the ministerial system in 1961. Self-government came in 1964. The country’s name was changed to Belize in 1973. The not so young country gained independence in 1981.

Independence came with a small and frail economy, which the country has effectively overcome. Since gaining independence, Belize’s population has more than doubled and the economy is growing. With the creation of the Tourist Ministry and the government’s recognition of ecotourism as a means of a strong revenue stream, today more than 40 percent of Belize is protected at some level from the western mountains to the tropical rainforest to the marine preserves.

In conjunction with the rise of ecotourism, numerous archaeological discoveries have led to a resurgence of interest and pride in the Maya culture. This modern-day Maya revival in Belize includes many excavation projects as well as renaissance of Maya culture in the form of traditional Maya ceremonies, crafts, foods, and the healing arts.